Steven Wright seems to be afflicted with the tribulations of Job. Well, nobody has it tougher than Job did. But Wright keeps getting knocked out of play just as he is getting in gear.

It wasn’t easy for him to get into the MLB to begin with. Patience, persistence and the knuckleball enabled him to do it in 2016, five years after he adopted the knuckleball as his primary pitch. In that first MLB season, he was placed on the disabled list for a shoulder problem in August. He didn’t lose an awful lot of time, and his knuckleball impressed many. In 2017, though, Wright was knocked out after only five appearances on the mound because of knee trouble that required surgery. In 2018, he was suspended because of domestic problems, then lost more weeks because of resurgent trouble with his knee. His team, the Boston Red Sox, went on to win the World Series, but it did so without Wright on the roster. He had more surgery on his knee in November.

Now, in 2019, just before spring training, Steven Wright is being hit with an 80-game suspension because he tested positive for a growth hormone banned as a performance-enhancing substance. Wright says that the results shocked him and that he has “never intentionally ingested anything for performance-enhancing purposes.”

We don’t know what exactly happened, whether there’s a possibility of a false positive, whether one molecule was detected or a bucket or what. We can only say that we are rooting for Steven Wright. We hope he returns to the game in fine health and continues to impress as a knuckleball pitcher until he retires from the MLB sometime in his mid-40s.

Although his second collection of stories about the knuckleball pitcher was published in 2017, sports writer K.P. Wee has promoted it very recently on his blog. So perhaps we’re not too far behind the times in telling you about it now also. We discussed the first collection in a December 2015 post. According to Wee, the sequel, Don’t Blame the Knuckleballer! More Baseball Legends, Myths, and Stories, asks and answers such pertinent questions as:

Which knuckleballer once threw a shutout to beat Greg Maddux?

Which knuckleballer was the second pitcher ever in big-league history to have two consecutive starts of eight-plus innings and zero runs to begin his postseason career?

Which knuckleballer was said to have had “one of the most courageous pitching performances” of the 1939 major-league season—and why?

Mr. Wee is also the author of the feisty work Tom Candiotti: A Life of Knuckleballs. Wee not only argues that Candiotti is an underrated pitcher, but also, in a 2014 post, that he is “the best knuckleballer over the past 25-30 years.”

As for Tom Candiotti, he pitched 16 seasons in the big leagues, and though he finished with a career losing record and “only” 151 victories, he had an ERA over 4.00 only six times. Candiotti nearly won the ERA title in 1991, finishing with a 2.65 earned-run average that was second in the American League only to Roger Clemens (2.62). Had he allowed just one fewer earned run over the course of that season, Candiotti would have won the ERA championship. In 1993, he finished just 8-10, but suffered from atrocious run support while pitching for the Dodgers. That year, he was the ERA leader in the major leagues, pitching to a 2.43 earned-run average entering September before struggling in the season’s final weeks to finish at 3.12.

In fact, for a full decade from 1986-1995, Candiotti had a 3.44 ERA, which was one of the best earned-run averages in baseball during that stretch. He also averaged 30 starts and over 200 innings during that decade, proving to be a very dependable pitcher for his clubs. He and Mark Langston were the only pitchers in the majors to work at least 200 innings in each season from 1986-1993, until the 1994 strike ended both streaks. His career ERAs after the 1995 season were 3.51 in the American League and 3.38 in the National League. Of his 151 career wins, 70 came in starts where he allowed one run or none. Even though he threw the knuckleball primarily during his career, he consistently had a 2-to-1 strikeout-to-walk ratio, meaning he consistently had twice as many strikeouts as he did walks….

Tom Candiotti never truly got any recognition because of the losing records he suffered while pitching for bad teams in Cleveland and Los Angeles. Had he gotten better support, he would have been better remembered. 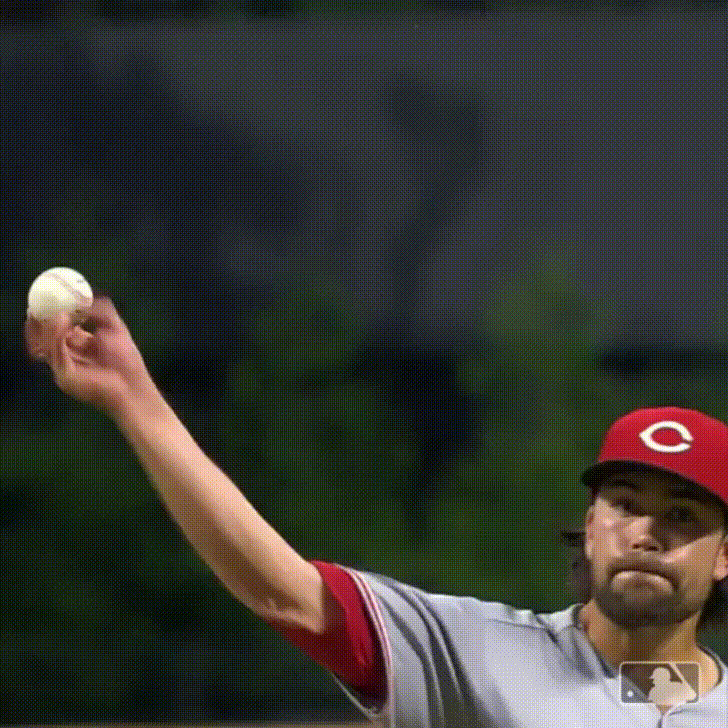 Will position players have less of a chance to shine as knuckleball pitchers under new baseball rules? In a Cut4 post at MLB.com, Michael Clair says “Rule changes are good and baseball’s rule changes are great.” (A degree of unequivocal enthusiasm that he then proceeds to qualify.) One of the forthcoming changes, to take effect in 2020:

Teams will have to designate players as either fielders or pitchers or, if they are someone like Shohei Ohtani, as a “two-way player.” Otherwise, there are rules on when a fielder can enter the game as a pitcher (extra innings or with a deficit of six runs or more.)

This one sounds like a big change. But really, if a team is using someone like infielder-turned-knuckleballer Alex Blandino in a close game in the seventh inning, there are bigger issues at play.

Bigger issues than discovering a hitherto unknown knuckleballer and seeing what he can do while being observed by millions?